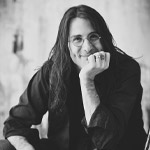 By the age of 12, Michael B. Koep had written a complex, Tolkienesque fantasy with its own number system, language and runic alphabet. He continues that tradition with his fiction debut. Koep has been called an Inland Northwest “Renaissance Man”. An avid world traveler, educator, accomplished visual artist, and a touring rock musician, Michael’s spirit is imbued in the arts. He is a co-founder of a North Idaho fencing consortium, but he is best known as a drummer and lyricist for progressive rock group KITE , as well as the percussionist for the variety power trio The RUB. He is a winner of a Costello Poetry Prize. He lives in Coeur d’Alene, Idaho with his family.

Stories change us. Loche Newirth’s story changed the history of the world, and only now are we learning how. . .

In Part One, psychologist Loche Newirth is hunted after he sees painting that opens a window onto the afterlife. A secret order seeking to control the art pursue him across the world, into madness and beyond. Loche’s journal is left behind for his mentor Doctor Marcus Rearden to interpret. It tells of William, a diagnosed manic depressive, swashbuckling swordsman who believes he is over six hundred years old; Basil, a stoned and prolific painter and his perilous work that he must keep secret; Julia, a beautiful business woman who abandons everything for a love she never expected.

In Part Two, Loche Newirth must face how his writing has shaped the lives of William, Julia and countless others. As a war breaks out between the immortals on earth and the inscrutable Albion Ravistelle, Loche seeks a path through death to find a way to end the conflict.

In Part Three, discredited mythology professor Astrid Finnley is summoned to a secret archaeological dig site to translate an ancient script where se uncovers an unthinkable nightmare―a woman buried alive for over a thousand years. Meanwhile, Loche Newirth’s assassination is ordered. But his former mentor Dr. Marcus Rearden wants him alive to torture, to command, to control. When Loche discovers his son is also a target, he flees and is vaulted back to the prehistory of his writings―to a time when a venomous army of gods lay siege to the City of Immortals, and his little boy stands in the balance.

Infused with intrigue and mystery, steeped in rich atmospheres and celestial horrors, saturated with twists and delightful intricacies, Koep’s offering is a final mythology for a rapidly evolving New Earth.

There are no reviews yet.